We’re 3 games down the pipe and, as far as the Riders are concerned, there is a lot to talk about!

This week, we asked Rider Nation their opinion about how the new roster is shaking out and fans were pretty positive

Nearly half of Rider fans (47%) feel the team has made positive roster changes since last season.

When it comes to fans with a less positive outlook, it turns out just over 1 in 10 (16%) feel the team hasn’t improved its roster since last season – another 37% of the fans we contacted weren’t sure.

Below is a word-cloud that shows how fans felt about their experience in the Riders’ new home: 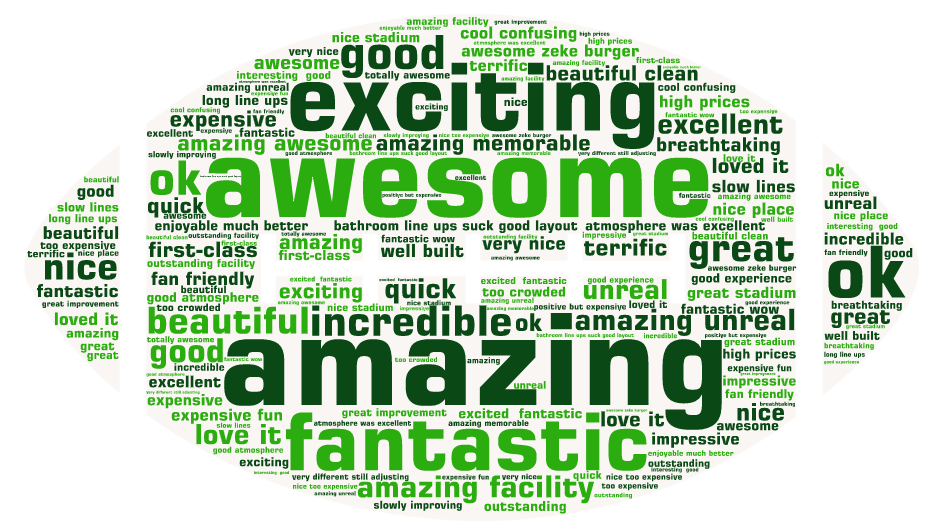 An infographic representing Riders fan sentiment based on fans’ exact their predictions for the coming season – words repeated more often are displayed larger than those used less often.

With 3 games in the bag, 1 win and 2 losses, it seems like Rider Nation is pretty positive about how things are unfolding this season.

After these last 3 games, fans consistently feel the top 3 strengths the team has this year are the fan atmosphere at the games (56%), having a new stadium to play in (51%) and the Riders’ offensive passing game (40%)*.

Below are a few fan comments about the season so far: 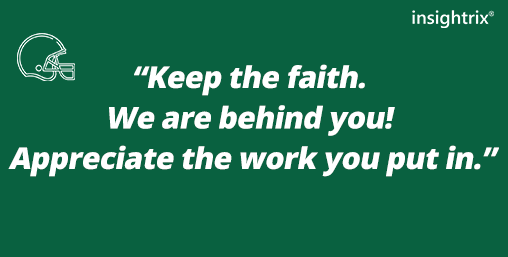 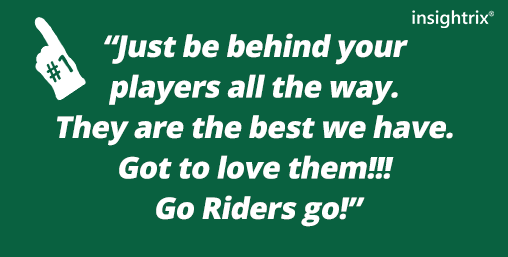 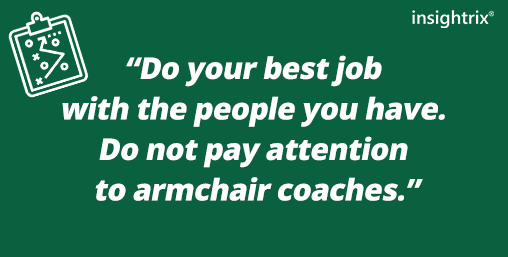 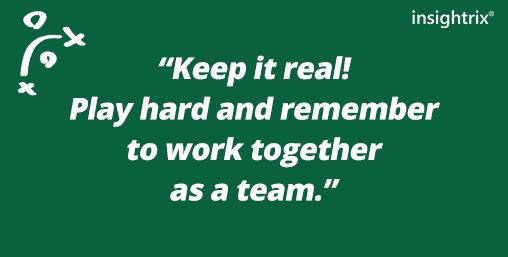 Here’s what other SaskWatch members had to say!

“Don’t be overconfident and stay focused for all the quarters. The coach might have to change his attitude or maybe we should consider another coach.”

“Get rid of the field goal kicker.”

“Not sure. I am on the fence with some of the decisions made the last couple of years and some of the players released. The media and the fans have gotten way too excited about the first two losses.”

“Offence is OK – defence needs to pull up its socks a bit.”

Hedge your bets – get the best picks on all the Rider games!

Check out Presley Predicts – our office pooch (and Chief Morale Officer), Presley, has been 3 for 3 so far and will be making picks all season. Trust the sports analyst who works for dog treats and has one of the best records in the business.

Want to put in your two cents about how the Riders are doing this year?

Discuss the coaching staff’s choices, the players’ performances and anything Rider related at LetsGoRiders.com – one of the only fan analytic sites in Canada. It’s free, it’s fun and it’s your way to join in on the discussion.

Join up right now, speak out and make your opinion known.

*Note that multiple responses were possible so the items total more than 100%.

Riders Fans Have High Hopes for the 2017 Season